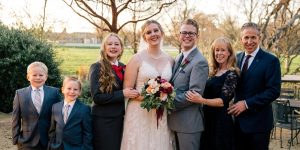 Born and raised in Orange County, Robert has grown up living, working and going to school in Southern California. Presently, Robert is Managing Partner at Quadrant Law Group, a law firm he founded in 2015.  Previously, Robert was Managing Director and Associate General Counsel at Jefferies, an international brokerage and investment banking firm, and General Counsel of BeXcom Research, an Internet B2B E-Commerce provider.  Robert began his legal career at the law firm of Morgan Lewis & Bockius LLP in Los Angeles, California.

Robert received his BA in Political Science from Azusa Pacific University where he graduated as the Most Outstanding Political Science Student and was later inducted into the Academic Hall of Fame. He then went to Pepperdine Law School, where he graduated Valedictorian and received American Jurisprudence Awards (the highest single grade in a class) in Corporations, Real Property, Wills & Trusts, Real Estate Finance, Torts and Criminal Procedure. While at Pepperdine, Robert helped to form the first Republican Law Students Association on campus, and became its President.

During law school, Robert was fortunate to be able to do an externship for Justice Armand Arabian at the California Supreme Court, where he assisted in evaluating which cases the court would review and co-authored an article with Justice Arabian. Later, Robert also served as a research assistant for then United States Solicitor General Kenneth Starr. Just after law school, Robert also served as a law clerk for Judge Lance Ito during the OJ Simpson trial.

Robert and his wife Susie first met at Southern California Christian High School in Anaheim, California and were married just after graduating from college together. They have been married for 28 years and have four children, Jonathan, Katie, Wesley and Grant.

Working to find solutions for county-wide problems has long been a passion for Robert. He was Founding President of the Association of California Cities-Orange County and currently serves as Pension Reform Committee Chair for the ACC-OC. Robert has previously chaired ACC’s Legislative Committee and Economic Development and Jobs Creation committee. Previously, Robert served as President of the Orange County Division of the League of California Cities, Chair of the Revenue and Taxation Policy Committee of the League, a Director of the Orange County Vector Control District, and the representative of Laguna Niguel on the Board for the 73 Toll Road.

Robert is currently Chairman of the Board of Stoneybrooke Christian Schools, and On the Board of South Count6 Outreach. Previously, Robert was Chairman of the Government Affairs Committee of the Laguna Niguel Chamber of Commerce, served on its Board of Directors, and received its Volunteer of the Year Award in 2006.

In his free time, Robert has been a Y-Indian Guide and Indian Princess Chief, AYSO Soccer Referee, church music director, and is an instrument rated pilot and avid runner.